Free as a Bird 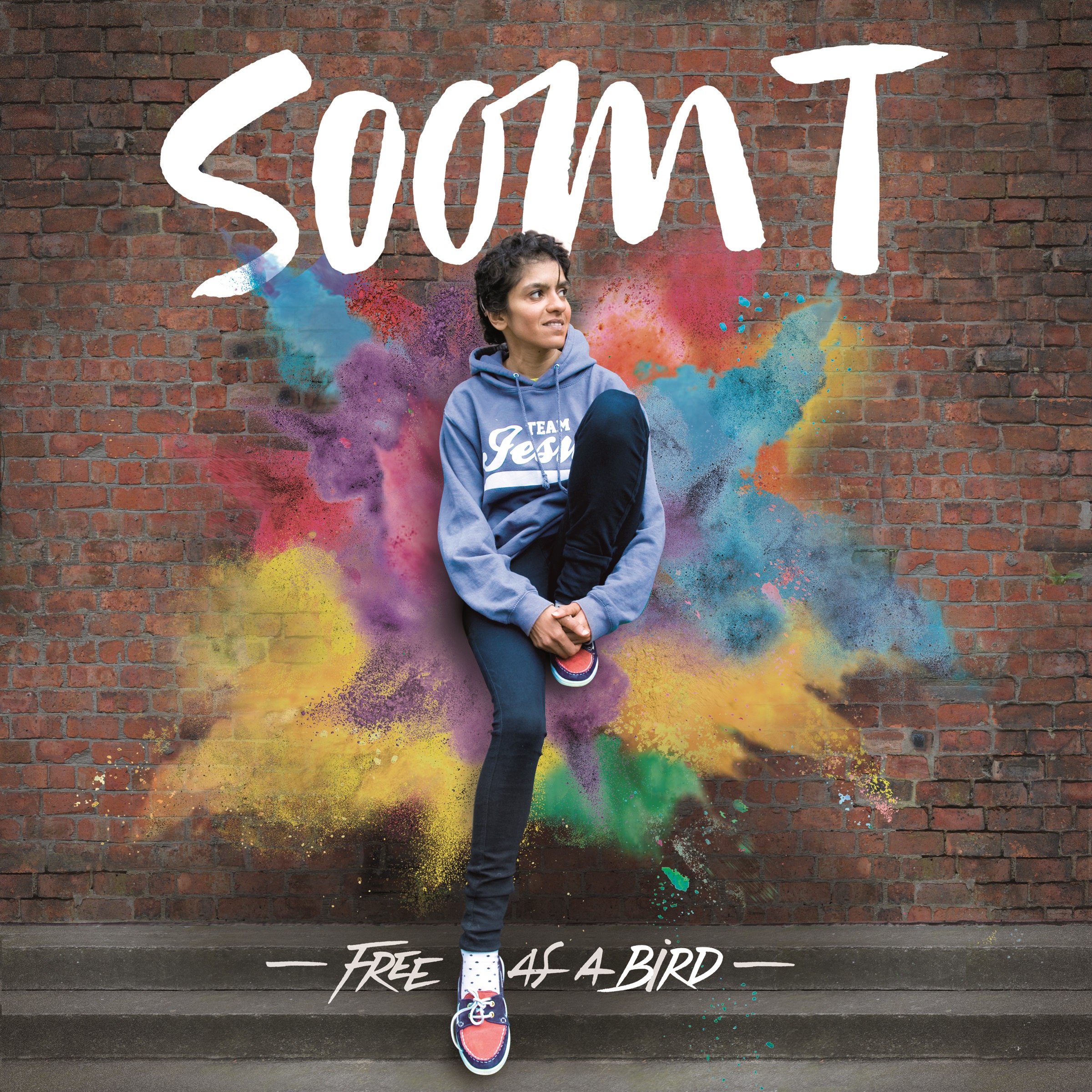 This is the story of a Scottish lass who grew up on the wrong side of the tracks. She’s the product of a melting pot of nationalities and ethnicities – something that is unique to the United Kingdom – which also shaped her experience of pop culture. Soom-T grew up in working class Glasgow during the 1980s. The daughter of Indian immigrants, she had an unusual childhood, neither Dickensian nor Bollywood. When she starts speaking, she talks about her early years: « My mum is Sikh and my dad’s Hindu. I’m the fourth of seven children. She was a midwife, he was a shopkeeper. I was surrounded by music from a very early age – we never went on holiday; it was our only means of escape. We didn’t have much money but it didn’t matter: although we never lived in splendour, we didn’t die of hunger either. Actually, I think that’s quite cool: the foibles of the rich were something I never knew. »

The family set up was strict: « We weren’t allowed to go out, especially with boys, nor wear short skirts. For some reason, that I’ve never understood, my parents cut my hair really short like a boy. When I was 12, I went to live in India. I studied there and I should have stayed there but my sister became ill and after a year, we had to come back to our parents, in Glasgow. » Her brother played there in a metal punk band, Question Authority.  She helped him put up posters advertising his concerts; he was her first source of inspiration: « He was the one who introduced me to Cypress Hill, Body Count, Rage Against The Machine, Panthera and Tupak Shakur. » The well-known TV show, Top of The Pops did the rest: « I listened to Tori Amos, Björk, Blur, Desiree and The Lighthouse Family, » she explains, « as well as Indian music. Queen were also a major influence. For Christmas, I constantly asked for batteries for my walkman. I used industrial quantities of them. » »

Years later, the music she makes is the product of this traditional upbringing and her environment, a fusion of distinct and separate influences. « I don’t know how to define it – I try to make it as expressive as possible, » she explains, « easy to listen to yet outspoken and provocative. Hip hop can be philosophical; heavy metal has an inherent rebelliousness. I don’t have any one particular style or domain: I can connect with rap as well as punk, depending on how I feel. » Accordingly, her music forges a series of links between eclectic genres. « All I Know » is infused with a weightless soul style: to which Soom-T adds razor-sharp vocals and a high octane groove with a distinct Motown stamp. She’s capable of great eclecticism, producing urban ballads that ricochet like bullets, but also knows how to apply her « scientific » knowledge of music to produce powerful hits such as « Black Butterfly, » « Can’t Get Enough, » or « Broken Robots, » which she delivers with a frenetic, defibrillator-like energy. On these tracks, you’ll find a Lily Allen style pop mixed with the habitual energy of Madness (as in « Gimme » – an urban, boosted ragga with an envious groove)… And although the « feel good » factor apparent in this first solo work is undeniable, you can’t escape her social conscience, evident in « Politic Man »…And then you have the irresistible « City Zoo » which evokes all the greatness of Stevie Wonder, during his Innervisions period and Michael Jackson from the Jackson Five, « the only person we were allowed to put up posters of at home. »

A pop apostle, apparently, but full of lofty ambitions: « My role models are Martin Luther, William Tyndale, Malcolm X, George Washington and Jesus Christ » Soom-T sums up. At the age of 15, crushed by a family upbringing that today she deems to be too archaic, she threw in the towel: « In the end I was exhausted by it. So I got out. » She ended up in a home run by Born Again Christians. She embraced their faith which became the pillar of her existence, in 2011: « I believe in Jesus and the resurrection, » she explains. « He’s with me everywhere I go. » »

When she was 17, she started rapping « with an American accent » (smiles). « I started off in a Glasgow club, thanks to a DJ who gave me a break. After three or four months, the guy slipped me 50 pounds. I nearly fell off my chair in amazement. I gradually realised that music could give meaning to my life and I could make a career out of it. It was around that time that The Orb asked me to collaborate with them in 2003 when I was 23. I also had my hip hop-electro group, Soom-T & The Monkeytribe, when I was 21 to 25. » »

Gradually, from delivering guest vocals, characterised by her own brand of independent musical activism, she carved out a reputation as a lively MC and a committed supporter of “women’s rights”. « In just a few years, I graduated with a national recognized diploma called a HND (Higher National Diploma) in Communication & Media, broadened my range of musical experiences and founded by own label, Renegade Masters. I fought for my freedom. And that’s why I left my group: because I wanted to be an independant MC, on my own. Women have a maternal strength, a creative feminine potential that our masculine counterparts are less familiar with, something I believe is underrepresented within the music industry by far. I try to tell my audience what I believe to be the truth: which is what a track like « Broken Robots » talks about, glitz, glamour and the vacuousness of material things. I own nothing, apart from the clothes on my back – and even those were given to me. When I started off in music, I had no training, I wasn’t really that smart: I had to do it by myself, through sheer hard work. In fact, I haven’t really changed since I was a teenager, when I ran away … »

Her variety of upbeat, nuanced music brilliantly demonstrates the opposite.